On April 27th, 2021, Xiaomi unveiled their latest smartphone in their K40 range. As the name suggests, the Redmi K40 Gaming Edition targets the mobile gaming community, and the Chinese technology company have sought to make a well-rounded phone that offers long-lasting experiences across the latest titles.

Over the last few years, Xiaomi have risen through the ranks in the ever-competitive smartphone industry to establish themselves as the third-most-popular manufacturer. According to StatCounter, the Chinese brand had 10.3 percent of the market share in March 20201.

Although Xiaomi remains some way behind Apple and Samsung, the Redmi K40 Gaming Edition could play a role in closing the gap. With that, let’s take a look at the game-focused smartphone’s capabilities.

Xiaomi’s K40 series has long led by example from a battery capacity standpoint, and the Redmi K40 Gaming Edition looks to be upping the ante. The K40 Pro and the standard K40 came with a fast-charging 4,520 mAh battery, which already outdoes many top-tier smartphones. That said, XDA Developers reports that the Chinese manufacturer’s game-oriented mobile integrates a 5,065 mAh battery.

Not only does the Redmi K40 Gaming Edition ensure longer-lasting mobile gaming experiences, but Xiaomi’s improvements have also enhanced the series’ charging speeds. The original K40 utilized 33W charging, meaning that it achieved 100 percent charge after 52 minutes. By comparison, the Gaming Edition handset supports 67W fast charging. From a performance standpoint, this ensures that the mobile achieves a full charge in around 42 minutes.

By comparison, Samsung’s recently-released smartphone, the S21 Ultra 5G, comes with a 4,000 mAh battery and will cost consumers around $1,666. The K40 Gaming Edition is currently only available in China, but that will likely change in the future. Concerning cost, the most expensive model, the Bruce Lee Special Edition, retails for approximately $435.

Built With Gamers in Mind

The name of Xiaomi’s latest smartphone is something of a giveaway. While the mobile is more than capable of handling everyday tasks, such as perusing social media or responding to emails, it’s purpose-built for gaming. With 6GB of RAM and the ARM Mali-G77 MP9 GPU, the Redmi K40 Gaming Edition ensures high-end graphics across the most demanding mobile titles. Furthermore, the creation also comes with retractable shoulder buttons, making it an intriguing option for those who play open-world shooters.

The K40 Gaming Edition features the MediaTek Dimensity 1200. According to MediaTek, this component features one of the fastest smartphone CPUs ever made, with a 22 percent CPU performance increase. Aside from shooters, this also guarantees smooth, uninterrupted experiences at mobile casinos, which are fast becoming a cornerstone of smartphone gaming.

At, Mr Green, the award-winning platform supports mobile gameplay, allowing bettors to enjoy the latest live games, table opportunities, and slots while on the move. The K40 Gaming Edition’s specifications mean that the platform’s live-dealer games, such as Caribbean Stud Poker and Texas Hold’em, will appear as clear as possible.

It’s Now a Case of Waiting for Global Release

On paper, Xiaomi’s Redmi K40 Gaming Edition smartphone is a must-buy phone for mobile gamers. At $435, the creation falls into the mid-range bracket but provides top-level performance. Unfortunately, it’s currently only available in China, but there’s unquestionably a market for the smartphone in the United States and beyond. 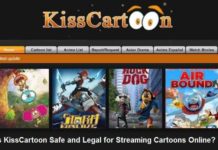 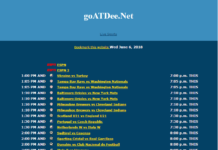 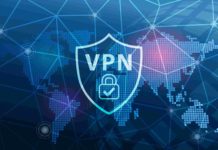 Get the Fastest VPN Service for Streaming with VPN Surfers (Review)